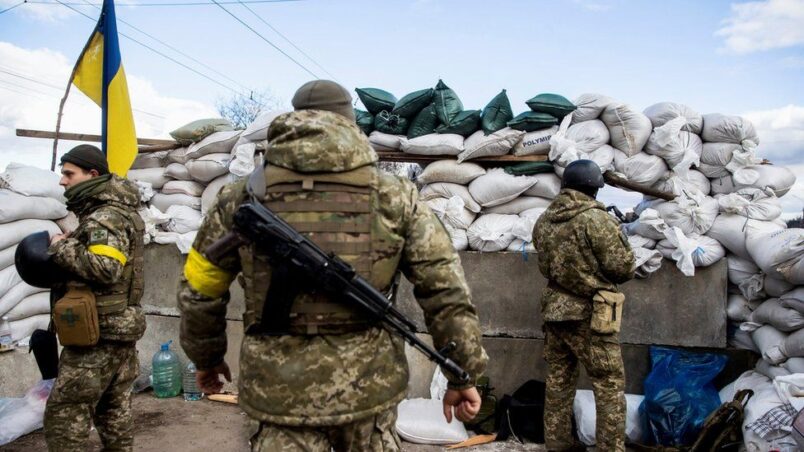 On February 24 2022, Russia began an unprovoked full scale invasion of Ukraine, a massive escalation of their eight-year war in Donbas in east Ukraine. Russia’s war is conducted along four axes, attacking all major Ukrainian cities with missiles, air strikes and in most instances, ground forces. Untold numbers of civilians and servicemen have been killed. In just over three weeks, more than three million Ukrainians have become refugees in Europe. Four members of the media community have been killed by Russian forces: Oleksandra Kuvshynova, Brent Renaud, Evgen Sakun and Pierre Zakrzewski. Russian forces kidnap Ukrainian journalists in order to silence them, thus a Ukrainian journalist Viktoriya Roschina and Oleh Baturin spent 6 and 8 days in captivity after disappearing. Ukrainian photojournalist Maks Levin disappeared on March 13th while reporting from the frontline near Kyiv. A publisher from Melitopol Mikhail Kumok and three journalists – Yevgeniya Boryan, Yuliya Olkhovska and Lyubov Chaika – has been also detained for 1 day and have been pressured to collaborate with Russian occupational regime in their city.

Simultaneously Russia has been attacking our core values of truthful, fact-driven and honest reporting through continuous disinformation campaigns. Many people are not aware of the scale and depth of these campaigns, and their full impact is yet to be felt.

The effectiveness of these disinformation narratives did not happen overnight. They took time to seep into public discourse, capitalizing on misrepresentations or misunderstandings over language, history and politics, and exacerbating existing divisions in society until they began to stifle civil discussion.

This is why, as individual journalists and organizations from the Ukrainian media community who have battled with Russian information warfare since 2014,  we would like to highlight the following points regarding the language used to describe this war. Some of them might not be obvious but are vitally important to us and a truthful representation of this war. We ask media organizations to share this with their newsrooms and audiences:

Information warfare and disinformation academics and experts warn that Russian tactics, perpetuated by its supporters here in the West and abroad, have one objective: to divide, deceive, sow doubt and create enough distrust of information that people do not know what to believe, and question even the most well-evidenced facts. They will play on the truths we tell ourselves and promises which go unkept. They will attack sentiments shared by, and within, ethnic, gender, linguistic and socio-economic groups. Disinformation aims to oversimplify existing issues and turn victims into perpetrators. We see this already with Russians supporting this war believing they are fighting NATO and “neo-Nazis” in Ukraine. We have seen it in the past with disinformation targeting the Syrian refugee crisis in Europe and the truth behind the downing of flight MH-17 in 2014.

A full and truthful account of this war is pivotal to defeating Russia’s information war, consisting of propaganda and manipulation targeted at Ukraine and at liberal democratic countries and institutions. Therefore, we believe that the public needs to be aware of how Russia will manipulate the effects of this war. They will attempt to weaponize behaviors which contradict our collective values, such as double standards towards refugees and racial discrimination against minority groups. They will attempt to hyper-charge the rise of nationalist movements, in order to deflect the blame from Russia to Ukraine, NATO and Europe. We believe that it is important to raise these issues now, to allow for a civilized and open discourse on how to collectively tackle these and future issues which undoubtedly will arise from this war.

Center for Democracy and Rule of Law

Svitlana Ostapa, Supervisory Board of PJSC, the National Public Broadcasting Company of Ukraine, The Chair

Liza Kuzmenko, Head of NGO “Women in the Media”, the CJE member

Andrii Ianitskyi, Center for Journalism at Kyiv School of Economics, the head

Foto on the cover: Viacheslav Ratynskyi/Reuters